Almonds are a heavy crop, and the season takes a lot out the tree. Conventional wisdom is that the dormant period is the time that the tree recuperates and prepares itself for the next seasons workload.

However this is not the case with non phloem-mobile nutrients including calcium and Boron. Here we explore why this is a yield and quality limiting issue for almonds, and what growers can learn from this.

To understand why certain nutrients are a problem early season for almonds we need to understand how they are transported. Calcium and boron are both immobile in phloem. This means that to move calcium and boron plants use xylem vessels, moving them through the plant with water.

Water moves through plants via transpiration stream, being drawn from roots upwards as water evaporates from foliage. In almonds flowering occurs before leaf emergence. This means that at flowering the tree has no mechanism to transport calcium and boron to flowers as transpiration stream is limited until later in the season when leaves emerge.

Until then the tree must rely on mobilisation of of calcium in woody tissue to fuel two extremely important processes in almond development:

Here we explore what the impacts of this are, and how we can improve practice.

Cell division is severely impacted upon by low calcium availability (calcium is used for mitosis) and flowering is the time when the plant makes the almonds from the flowers requiring a huge level of cell division in a concentrated time period.

Where there is inadequate Ca available to make new cells during the process of creating fruit, the crop will shed flowers. Good fruit load and early development then is dependent upon adequate mobilisable reserves of Ca in woody tissue local to flowers. Inadequate reserves leads to slow and poor fruit development and flower shed.

Lignification and pollen tubule formation is dependent on availability of boron, which like calcium, is not able to be transported from soil to developing flowers and fruit until leaves emerge. So at the break of dormancy the plants rely on local reserves in woody tissue being mobilised local to the developing flowers. In the absence of sufficient B reserves flowers will not pollinate, and will be shed by the crop.

Furthermore research shows that susceptibility to shell seal breakdown is increased by poor lignification very early in fruit development |(Gradziel and Gomez, 2002). Insufficient lignification during this critical period leads to increased likelihood of shell seal breakdown at maturity in soft shelled varieties common in California such as Nonpareil.

So it is clear that when almond crops wake up from dormancy, inadequate local reserves of the non phloem-moblile nutrients Ca and B can have a huge impact both on flower retention and fruit size, and also shell seal breakdown later in the season.

Dormant applications of calcium alongside amine N and B are one way to ensure that when almonds wake up they get off to the best possible start.

When calcium is bonded to amine N it can be applied during dormancy to woody tissue ready to be mobilised locally to emergent flowers when dormancy breaks.

Levity’s Lono Ca product (Marketed in the US as SizeN Ca) has shown in trials in the Mediterranean region to have dramatic effects on almond yield when applied as a dormant spray to the woody tissue of almond trees.

In trials 5L/Ha Lono applied as a dormant spray gave a 20% increase in flowers, larger and more vigorous flowers, and a 15% reduction in flower shed. As fruit developed there was better number, size and homogeneity. The photo below shows control (top) vs Lono Ca dormant spray treatment (bottom) and the difference is obvious. 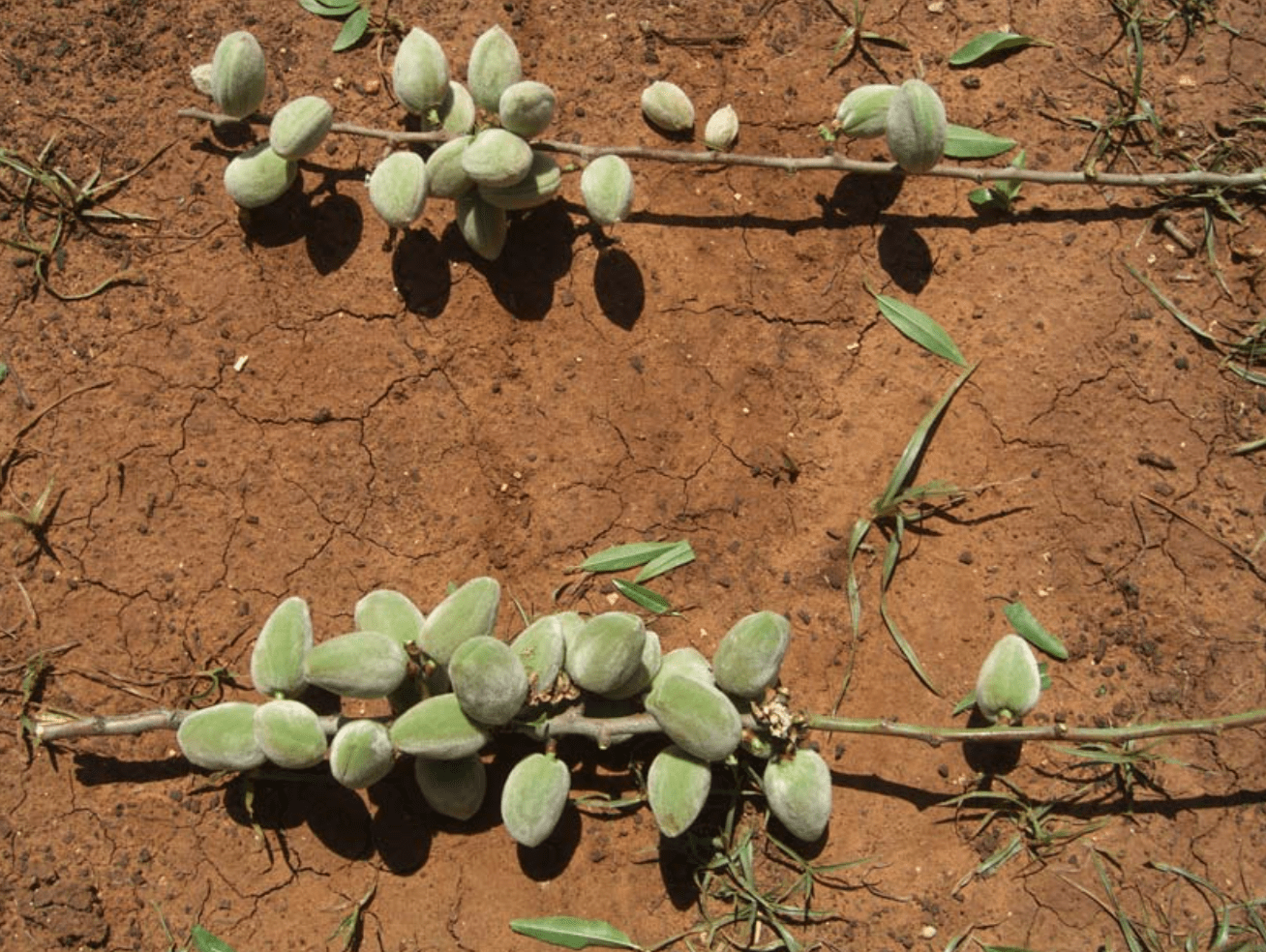 For reduction of shell seal breakdown a further application calcium and boron to support cell division and lignification during flowering can help. Levity’s Damu and Albina products are good options for this. 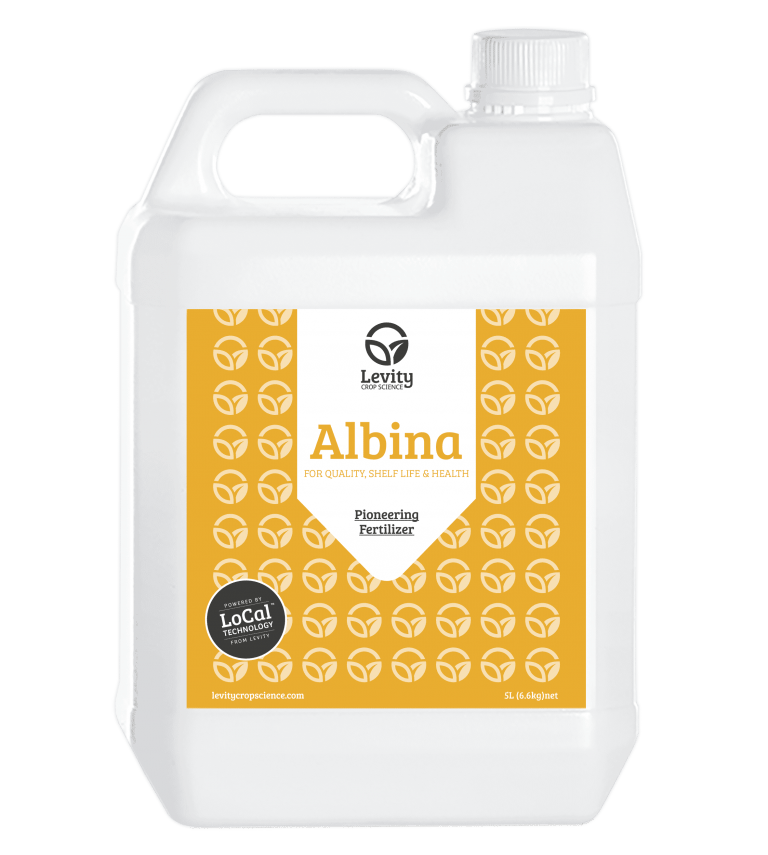 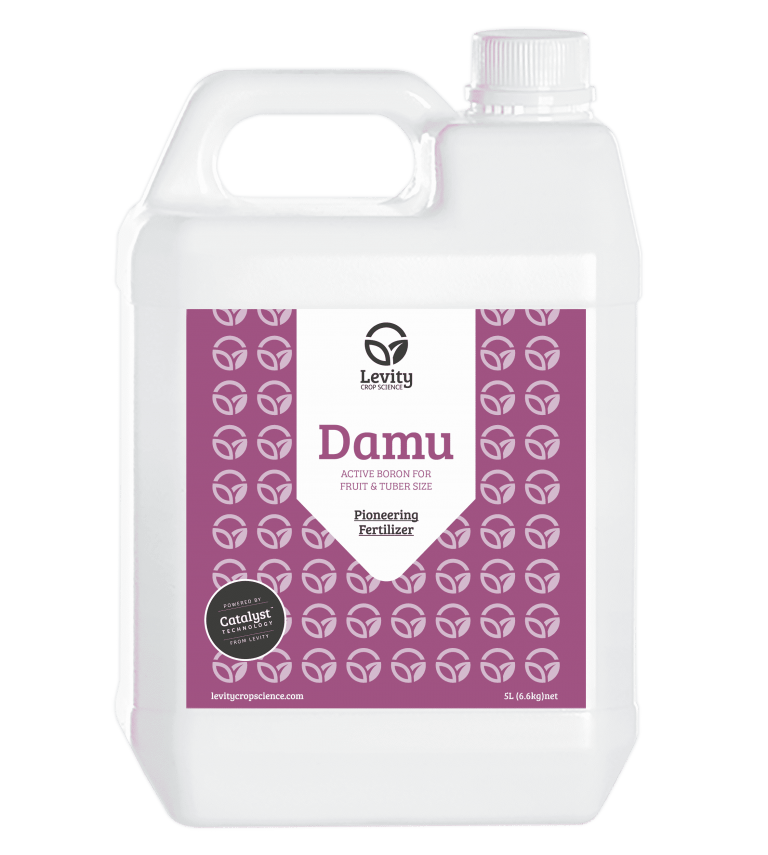 Please contact us for more information about purchasing Our Products.