The Importance of Early N Form and Accompanying Nutrient Supply
"
The autumn drilling campaign of 2019 was for many perhaps the wettest in memory resulting in [at best!] only 40 – 50% of winter cereals drilled before Christmas, with some commentators willing to offer less optimistic estimates! What is certain however, is that the conditions many crops were drilled in were less than ideal with in some cases [due to the severe rainfall] crops suffering from anoxic conditions where drainage was challenging or soil compaction an issue (especially on headlands!). 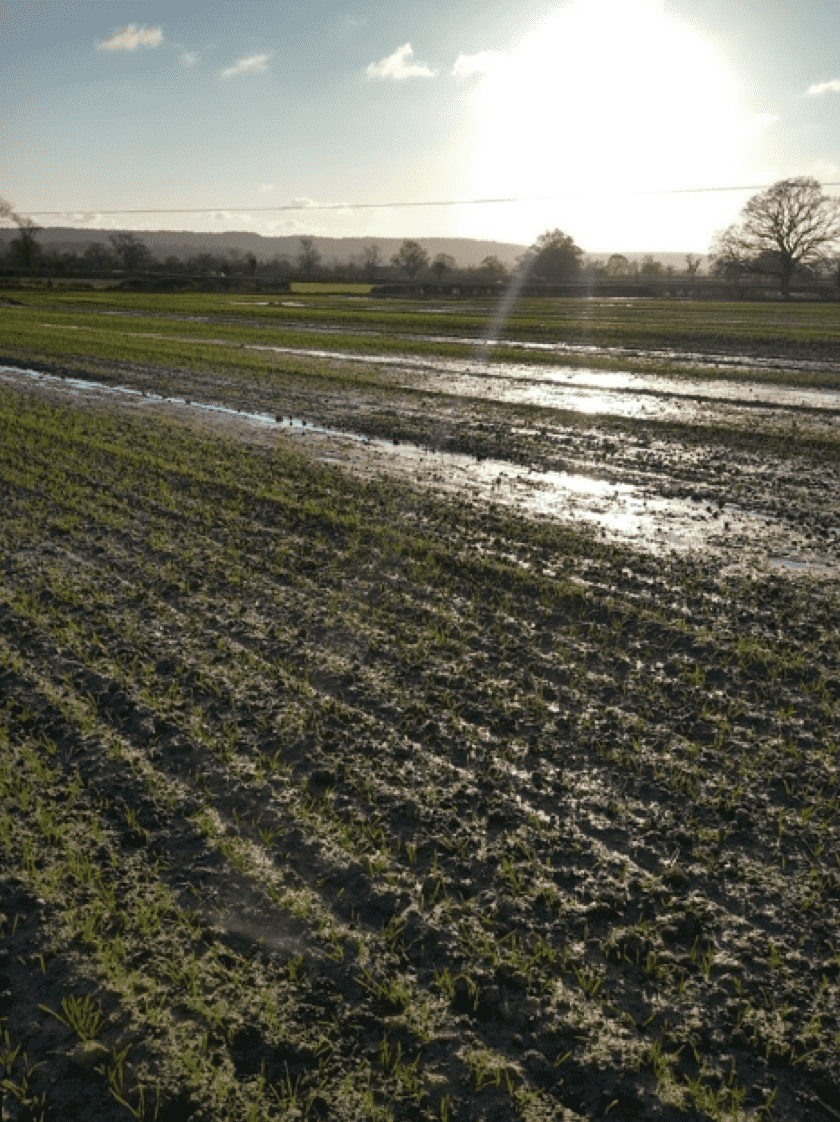 As a result, crops emerging from the winter will most likely be less well established with smaller root systems than is ideal [to aid the required shoot growth in the spring], have fewer tillers than would normally be expected [due to later drilling and/or poor conditions] and also be suffering from nutrient deficiencies brought about by the cold, wet soil conditions compounded by secondary factors, i.e. compaction, leaching, seed bed consolidation.

Under growing conditions in the UK it is widely accepted that light limitation of wheat yields is ultimately more common than water limitation, whilst water limitation can become an issue as yields increase. This is true regardless of the scenario facing crops having high yield potential or low yield potential [in the Spring] needing to build this potential by increasing viable shoot numbers before stem extension [at which point focus will turn to grain number per ear and grain fill].

Consequently many growers will be thinking about an early application of Nitrogen (N) in an attempt to encourage shoot numbers before stem extension begins in mid-April, which will generally mean an application of between 40 – 70kg N/ha. However, before the fertiliser spreaders come out of the shed we should consider the situation and impact of applying nitrogen which in most cases will mean the application of Ammonium Nitrate to crops without first addressing the issue of plant form and nutrient deficiency to best utilise this expensive input.

It is widely acknowledged that higher head numbers/m2 is correlated with higher yields, so the virtue of trying to increase the potential for higher head count by improving shoot number in the spring stands to reason. However, to do this we must address not just N supply but also what N form is best suited to influence crop form at this early stage and any other essential nutrients the crop might need to make best use of the N supplied to build yield potential.
If you are considering the use of early N, this should mean that the crop has shown signs of growth, otherwise why would N [as Ammonium Nitrate] be considered as the likelihood of that N being taken up effectively would be low! Plus, if crops have shown signs of growth this will also signify soil temperatures have begun to rise, waking up the soil biota which in turn would mean that any form of N applied would be converted relatively quickly to its ‘nitrate’ form by soil micro-organisms, which;
In addition if you are to apply large amounts of N to crops [which will generally be taken up as ‘nitrate-N’] in the hope of improving growth, then we must be careful to avoid accentuating other issues of nutrient deficiency leading to both poor use efficiency of applied N and soft (forced) plant growth that is more susceptible to biotic and abiotic stress. The Elona range of foliar applied crop nutrition products incorporates Levity Crop Science’s pioneering ‘LimiN chemistry’ supplying stabilised ‘Amine-N’ [encouraging improved rooting, and reproductive plant form] in addition to complementary essential nutrients to ensure crops are supplied with the nutrients they require to maximise plant growth in favour of crop yield.
Under field conditions in the UK the micronutrients Manganese (Mn), Copper (Cu) and Zinc (Zn) are generally found to be an issue that need addressing if cereals are to reach their yield potential. The ultimate requirement for each of these micronutrients is very small in comparison to the macronutrients, i.e. Potassium (K) and Magnesium (Mg) but they are no less important! Mn is required in the highest amount whilst Cu and Zn [although no less essential] have a lower requirement. The issue of deficiency in crops is very often not about the amount of each element in the soil [although this can be the case in sandy, leachable soils!], but one of availability and prevailing soil/environmental conditions. The availability of all three micronutrients is reduced under cool, dull growing conditions, especially where high soil pH and/or organic matter levels prevail. This will also be accentuated where seed beds have been poorly consolidated and plant root systems have not developed sufficiently to scavenge nutrients from the soil via the rhizosphere!
Elona has been formulated with Mn, Cu and Zn making it ideally suited to use early in the spring to supply all three essential micronutrients alongside Levity’s ‘LimiN Chemistry’ to promote improved rooting and shoot production. In addition Elona has also been formulated with Magnesium (Mg) to aid early plant growth when supply of this essential macronutrient may be compromised due to its propensity to leach down the soil profile [being held less tightly to the soil colloid than Potassium (K) and Calcium (Ca)] therefore making it less available to under developed plant roots to source adequate amounts early in the spring.

So, before racing to the shed to get the fertiliser spreader out consider the use of ‘Elona’ to supply a form of N to encourage robust plant growth that will be taken up more efficiently, be less wasteful and also supplies the essential micro and macronutrients to ensure robust plant form early season and prepare crops for the ensuing application of N from the bag.

Elona may be applied to crops at 1.5 – 3l/ha as soon as is necessary in the spring, with repeat applications as required. Elona is very robust in the spray tank having been tested for a number of seasons in the field alongside spring applied herbicides and fungicides, for a full compatibility list please contact your Levity Crop Science technical contact. 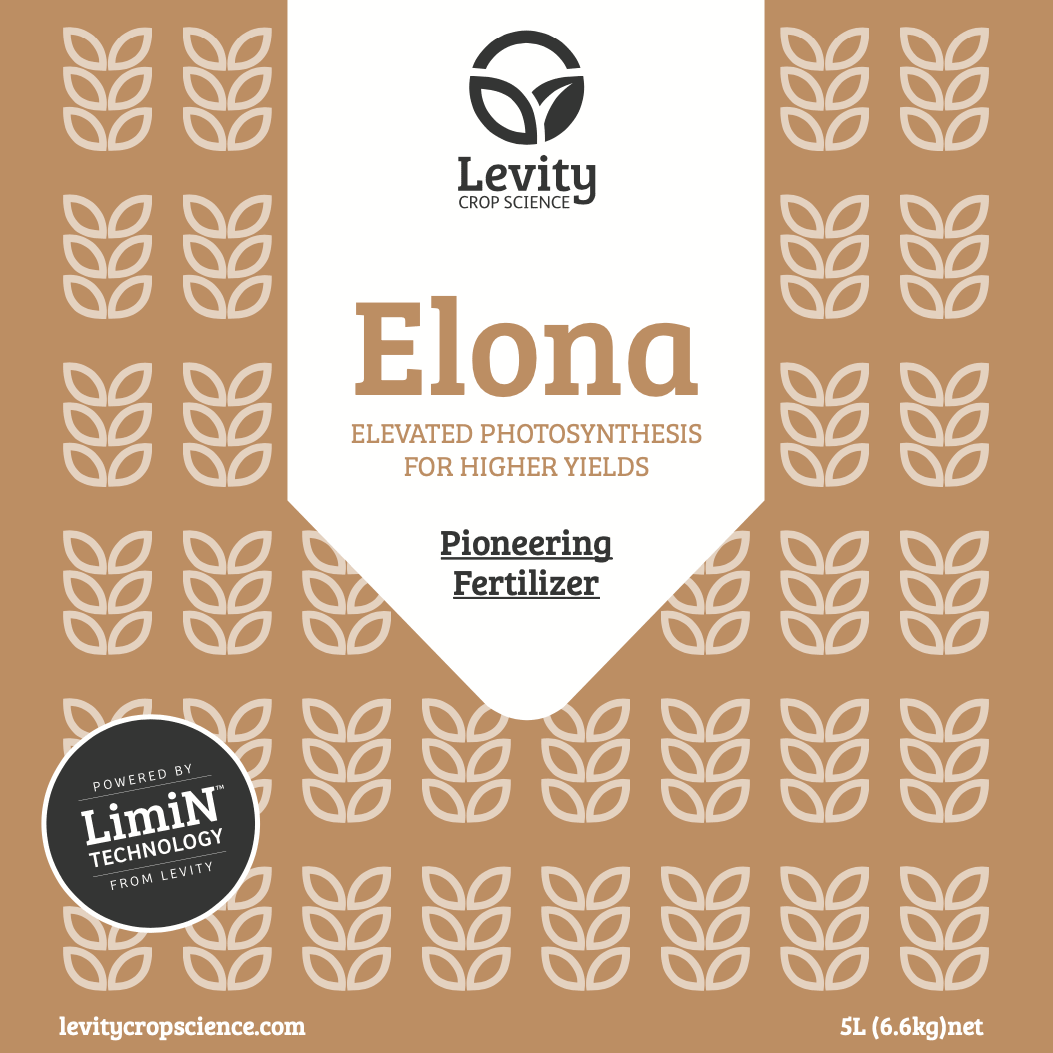