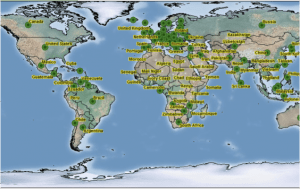 Clubroot is a worldwide problem, that contributes to significant crop losses in nearly every agricultural market outside of Africa.   The estimated crop losses in the UK alone are £30m a year, due to the clubroot pathogen, Plasmdiophora Brassicae. Clubroot is a is a disease of Brassicas, and affects nearly every species of brassica we cultivate for food, from savoy cabbage and brussel sprouts through to oil seed rape.

Clubroot infection causes characteristic galling and swelling of the roots. The root function is damaged by the infection meaning that the plants ability to take up and transport water and nutrients is hindered. As cases become more extreme, the yield of the crop is negatively affected with typical losses being around 50% whilst some infections can be so severe it becomes uneconomic for the farmer to bother harvesting at all.

Plasmodiophora Bassicae, is a pathogenic protist, meaning it doesn’t fit completely into any one order of life, neither fungi, slime mould nor bacteria.

Clubroot has in recent years begun to infect canola in Canada, which has sparked worries about the security of Canada’s canola export market. Below is a video pro

duced by the Canada’s Canola Council about the lifecycle and issues of Clubroot.

Byron is a product created by Levity Crop Science. The product maintains root function and strength, antagonizes galling, suppresses specific root exudates P.brassicae use to locate and colonise roots & reduces the amount of resting spores for the next crop. Byron enables Brassicas to better grow despite the presence of the pathogen, and has achieved impressive results.

Omex Agriculture has been testing Byron on canola in Canada during 2014, and following promising results have decided to secure exclusive rights to test Byron 2015.

“We are excited to complete this final year of testing with Byron, targeting a full product launch 2016. The problem with Clubroot is huge, Levity is proud to have produced a product with efficacy that has no poor environmental impact unlike historical control methods.” Anna Weston (Levity CropScience). 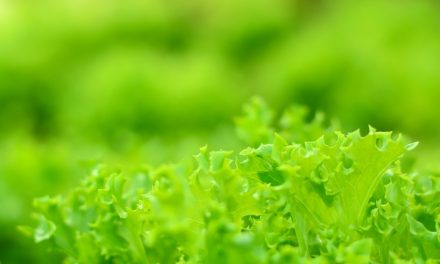 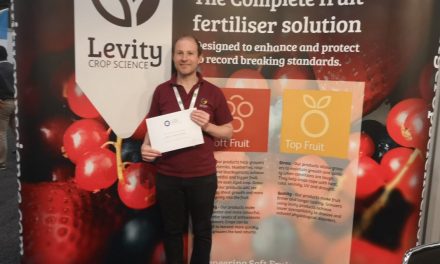