The Key To Higher Potato Yields
"

Nitrogen is the most used and least understood of all agricultural inputs. It is well known that typically only a third of applied N taken up by crops. However the effect form of N has on how and where crops grow is less well understood, and offers great potential to increase yields.

Nitrogen can be taken up as amine (NH2), Ammonium (NH4) or nitrate (NO3), but due to conversion by bacteria the vast majority of N applied to crops is taken up as nitrate.

When we feed crops N, they mostly take it up as nitrate (no matter what form it is applied in), which means plants mostly use their N to put on top growth. In crops like potato, farmers must manage conflict between applying the N their crop needs, and the crops natural propensity to use that N to grow foliage rather than tubers. This leads to a reduction in tuber setting and bulking.

Levity Crop Science have developed Lono for Potato, a foliar applied product that exposes the crop to bursts of amine N, which helps to direct growth towards tuber development. Research shows that exposure at key growth stages have an effect on where the crop puts its resource, Lono for Potato exploits this, encouraging better tuber setting and development.

By applying 3-5 5lt per ha applications at tuber initiation and through bulking, the crop is made to focus growth where it counts… on tubers. The product keeps the plant green, reduces effects of drought, and ensures adequate tuber numbers and bulking.

David adds “in our trials in the Netherlands in 2015 it was a drought year. Our plots were greener all season, and you could see obvious green squares in pictures taken by drones. This ability to grow through stress really showed up in yield”. 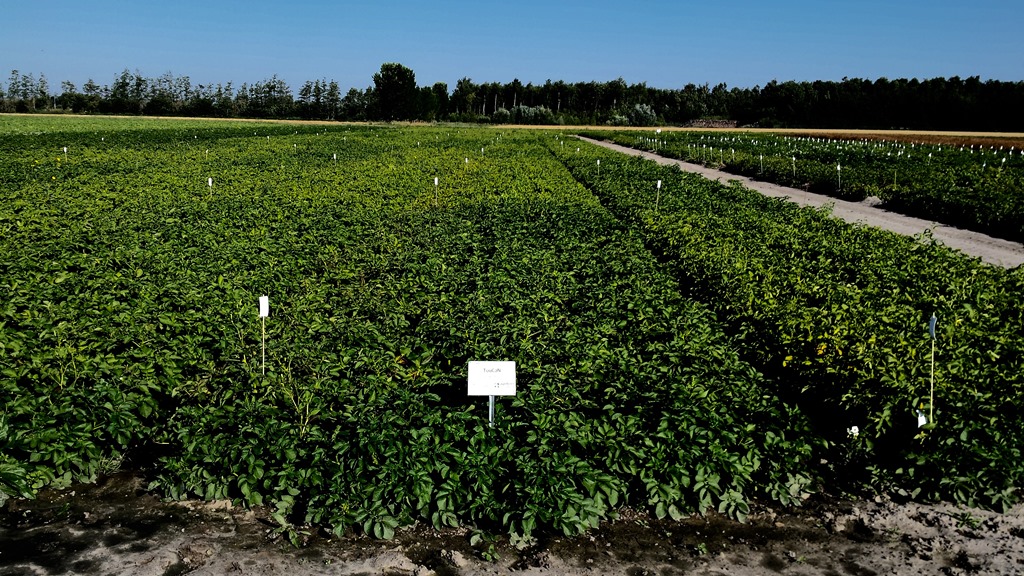 “PROVEN TO WORK ACROSS EUROPE” 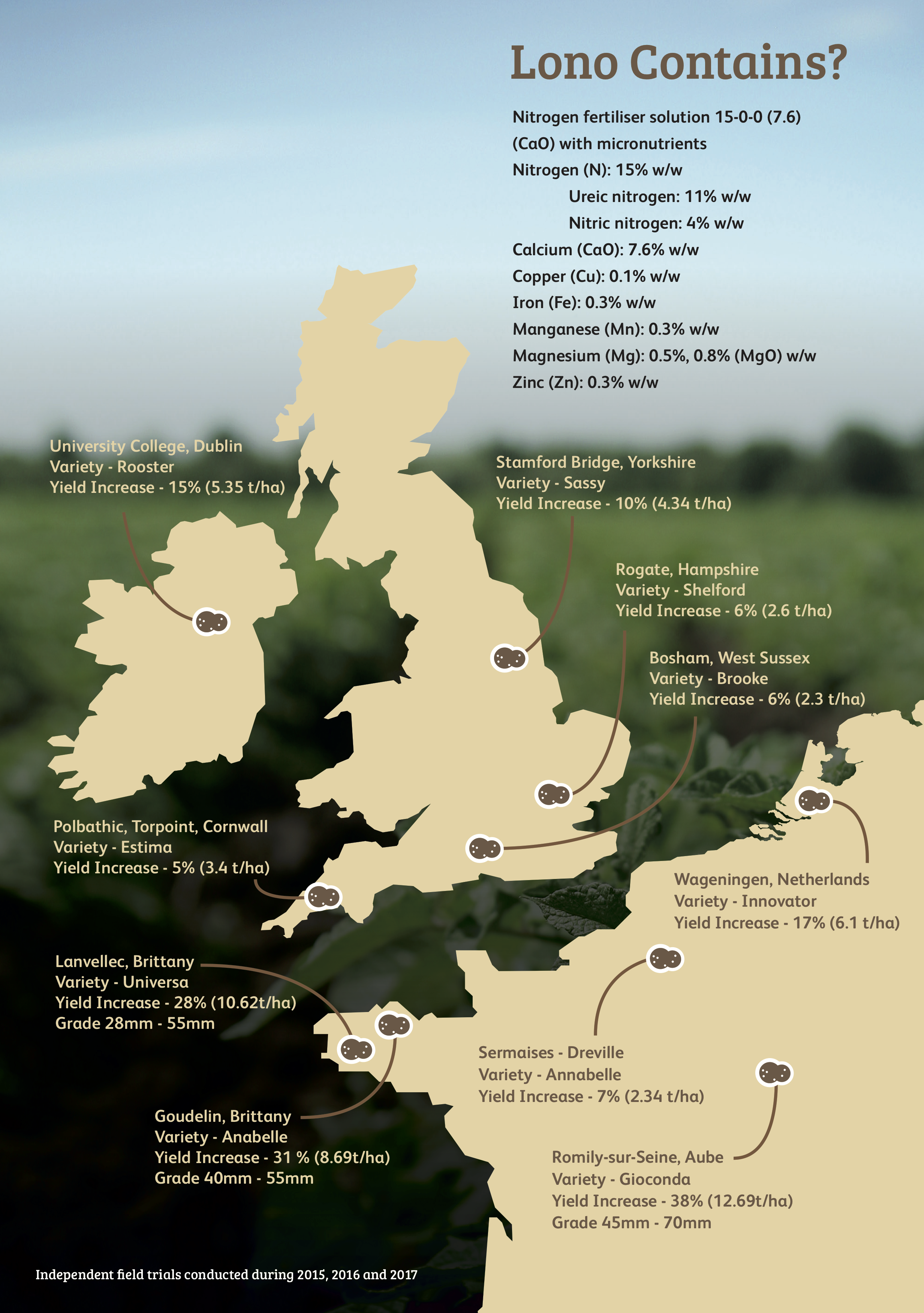